Home / BLM Eastern Interior / What the Inupiat on the North Slope think about Obama locking up the resource. 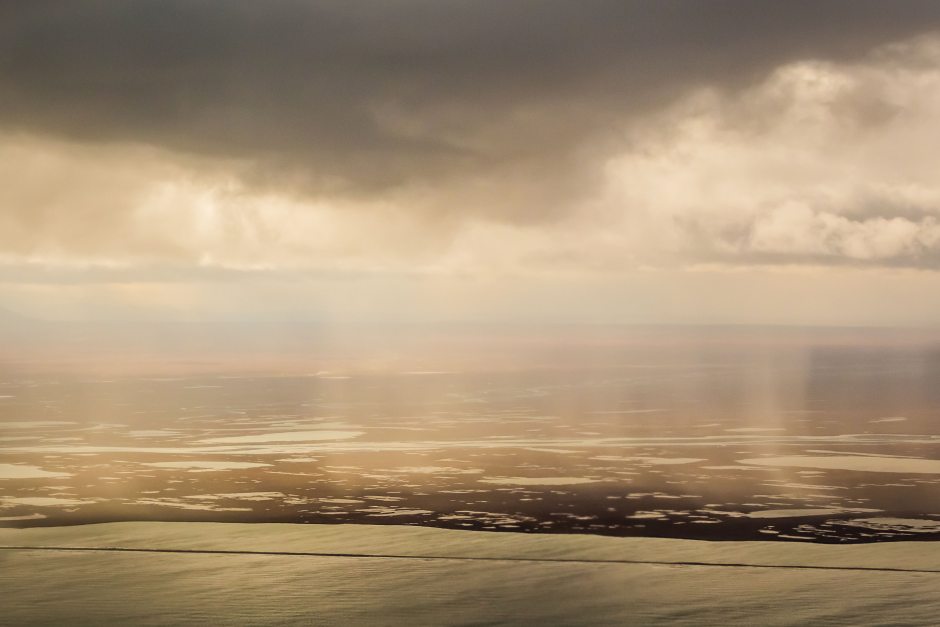 The Iñupiat Eskimo lived on Alaska’s North Slope for countless generations — unknown to the outside world. Our culture, social structure and our survival depended on our ability to utilize the abundant resources that bless our region.

Over time, we found our lifestyle threatened when the thirst for resources drove others to our corner of globe, first for whales and later for oil.

Today, we are under assault by people who seek another resource — wilderness. And just like those who came before them, they threaten the health of our communities, our culture and our way of life. President Obama’s announcement to seek wilderness designations throughout the entire Arctic National Wildlife Refuge, represents the latest salvo by the powerful environmental lobby to obtain their El Dorado.

Those supporting this decision have employed flowery rhetoric laced with sanctimony in an attempt to frame the issue as a simplistic choice between protecting our natural environment or supporting its destruction. They tell us that ANWR is an ethereal place; with each religious adherent to the conservation movement straining harder than the last to find more grandiose adjectives to describe it. And like good salesmen, they tell us that this is our “last chance” to protect and preserve this piece of Alaska.

Lost in all of this hyperbole is the human element of the ANWR debate. While many wilderness proponents are quick to point out the importance of the Porcupine caribou herd to some, they completely ignore the plight of my people, the Iñupiat. Over the last 40 years we were able to acquire basic services in the form of schools, hospitals, roads, utilities, and first responders on the North Slope. The vast majority of this progress did not come through federal or state grants or subsidies. Nor did it come through revenues derived from ecotourism. It came because we were successful in forming a home-rule borough government that could collect property taxes from oil and gas infrastructure.

That infrastructure still accounts for over 97 percent of the taxes collected by the North Slope Borough to provide local public services. It also generates private sector revenue streams and jobs through our local and regional Native corporations that are shared with other Native corporations throughout the state and are distributed as dividends to local shareholders. These funds provide the economic lifeblood of our region. They allow us to be self-sufficient, allow our communities to grow, and even provide the means for us to conduct our subsistence activities.

Our experiences have also taught us that natural resource development and a healthy environment are not mutually exclusive goals. Billions of barrels of oil have been extracted from the North Slope without any significant spills or environmental damage. We have watched the Central Arctic caribou herd, which calves throughout Prudhoe Bay, thrive. And our borough instituted a robust permitting system that drives the oil industry to minimize and mitigate negative impacts. As a result, our subsistence way of life has flourished along with our local economy.

But land management designations aimed at blocking resource development across the North Slope will usher in the end of this era of prosperity. And when these decisions are made without meaningful local input, they are at best paternalistic, and at worst exploitative. We also did not miss the irony that the ANWR announcement came less than one week following an executive order calling for federal agencies to consult more with Alaska Native people over Arctic issues.

If our federal officials were to consult us, they might begin to understand that their policies will lead us to a future where we struggle to provide basic public services, where our subsistence practices and food security are put in peril because our people can no longer afford to hunt, where our culture and communities wither because our residents are forced to leave to the big cities, and where those that remain dwindle in the hopelessness of lost jobs and opportunities. Our self-reliance will be replaced by a complete dependency on the government.

As a mother and a grandmother, the thought of leaving such a fate to my children and grandchildren is unbearable. And I see the wilderness designations throughout ANWR, and like actions, as a threat to our future.

No one has a better appreciation of the importance of the Arctic than the Iñupiat. Our spiritual connection to the land coupled with our knowledge and experience have enabled us to foster economic growth while protecting our natural environment. But if these types of policies continue to be implemented without our input, we are left to wonder if the Eskimo will one day become an endangered species. Perhaps only then will we see federal policies geared towards protecting our people rather than harming them.

Original article written by Charlotte Brower on February 10, 2015 and appeared on the Alaska Dispatch News

Charlotte Brower is mayor of the North Slope Borough.